Today’s game wasn’t a good one — that much was clear from the start.  And from my seat near the front of the upper deck, I was reminded, not of anything about the team itself, but about a certain type of Mets fan, that I can’t say I like.

Two men sat behind my friend and I, and did not hesitate to voice their extreme displeasure with the proceedings on the field — even when they were unequivocally positive.  We’re solidly above .500, and for the first few innings, were right in the game — but apparently, this wasn’t enough.

“You can’t fall for that!” shouted a 55 year old man behind me, who would have fallen for it.

Then, with Cabrera at the plate, Cespedes took off for third on the pitch.  Cabrera drove it up the middle just as Cespedes slid into third.

“Run, you retard!” shouted the guy behind me, as Cespedes scored standing up.

“Hey!” I called, for their benefit more than anything else.  “It all ended up fine!  We scored!  A good thing happened!”

But this wasn’t enough.  They wouldn’t shut up about Daniel Murphy the traitor, Matt Harvey the bum, or David Wright the automatic out.  When Wright singled to right-center in the fifth, Granderson went to second, and stopped there.

There were a million fundamental reasons to do this.  You never make the last out at third base.  The ball was shallow, and Bryce Harper’s arm is formidable.  There were two outs, so being on third held no advantage.

“Granderson, you pussy!” shouted the guy behind me.  Sometimes, Mets fans are insufferable.

Disagreements in opinion, I can take.  Polite expressions of discontent, I’ll accept.  But there are some things you just don’t do.  And booing David Wright is one of them.

Let’s just look, if you will, at the things that David Wright has been through in his career.  A head-crushing beaning.  A broken finger.  A debilitating back injury.  Simultaneous shoulder problems.  A hamstring pull.  Another season destroyed by back and shoulder injuries.  Another hamstring pull.  And finally, Spinal Stenosis.

And as far as I’m concerned, the same goes for Matt Harvey.  Harvey has had Tommy John surgery.  How many of the fans booing from their seats tonight have experienced Tommy John surgery?  The experience of having to learn to throw again, almost as if with a whole new arm?  Ask that question of yourself before shouting from the stands.  Ask whether Matt is giving everything he’s got — that’s the only question that should play into your decision of whether or not to boo.  Ask whether his hanging head as he walked off the mound in the third meant he felt just as bad, just as angry at himself, as you did. 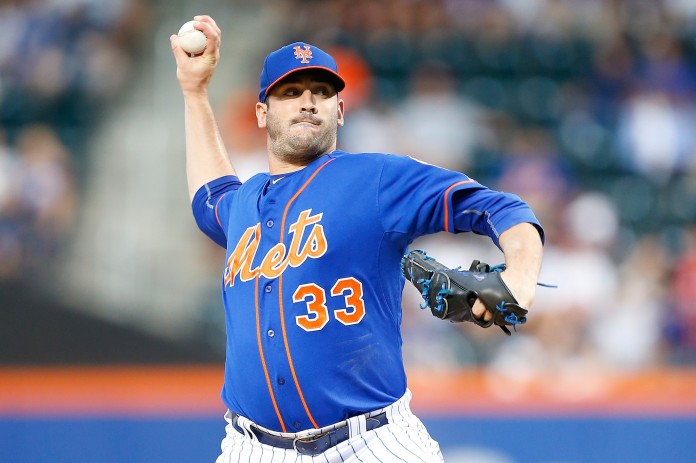 Of course, these players have one thing in common; asked the question, they’d probably both respond that with their performances, they deserved to be booed.  And that makes it all the more shameful to boo them.  The admission of their faults — they’ve both said that they want to, and should, be playing better than they are — is just another step in the right direction.  It’s not something you boo: it’s just the opposite.  Wright and Harvey are our guys, two cornerstones of our team who aren’t on their games right now, but can get there.  Booing two players who are quite obviously trying their absolute hardest to return to form doesn’t help anyone.

Listening to the soliloquy of complaints from the seats behind me, I wasn’t disgusted by the failure of the players on the field, or angered by our lack of fundamental success: I empathized with it.  These are baseball players; they’re doing their jobs just like everyone else, and like most people, they’re trying their best to do their jobs correctly.  That doesn’t mean we can win every day.  It doesn’t mean we’re not allowed to make mistakes.  We all fail sometimes, baseball players as well as everyday citizens.  It’s allowed, and no one deserves to be booed for it.

He’s David Wright, my childhood hero, the man who taught me to play third base, and even more importantly, taught me how to overcome adversity and get back on the field — in more ways than most people can see.  He’s — debatably, but probably — the second-greatest Met of all time.  He’s our captain.  You don’t boo him.

He’s Matt Harvey, one of our four aces, possessor of more pitching talent than any of us can dream of.  He’s been through Tommy John Surgery, and posted the greatest recovery season of all time.  You don’t boo him.

Neither of them played particularly well tonight.  That doesn’t change a thing.  They’re our guys.  You don’t boo ’em.