What is this bug the Mets have come down with lately?  I’m not talking about the winning bug, although that’s been fun too: I’m talking about this tendency we seem to be developing, to play complex, interwoven games where events of the fifth inning come back to play their roles in the eighth, and what seems inconsequential at 8:30 makes all the difference in the world ninety minutes later.

Yesterday’s turning point initially proved a false alarm, but ultimately came on a Granderson home run.  Tonight’s was different — and about as Metsian as can be.

In the bottom of the fifth inning, with Jake Esch tiring in his major league debut, Don Mattingly went to his bullpen.  And with Granderson coming up, he went to a lefty.

“Mattingly using his only lefthander in the fifth inning,” said Howie Rose.  I was driving along a dark, lonely road somewhere in the middle of Long Island.  At the time, I thought nothing of it, save the fact that it was extremely frustrating that Don Mattingly’s only lefty was shutting us down so easily.

A few times, we should have scored: the two double plays grounded into by Bartolo (but what the hell can you do?), as well as Granderson’s bid for a 23rd home run on the year that Ichiro pulled back in his trademark sigh-inducing fashion.

But we didn’t.  Several times, I thought the Marlins would.  They didn’t either.

So we went to the eighth, which you had to think was our last chance to win in any kind of normal fashion, before embarking on a 22 inning odyssey that would inevitably end at 3:00 in the morning and make us wish we’d been born in San Diego and had never chosen to root for this team.  So, we had to score in the eighth.  It was that simple.

I don’t like A.J. Ramos — that’s pretty simple as well.  I don’t like his lack of command, which put Travis d’Arnaud out of commission for more than half of the 2015 season with a broken finger.  I don’t like the way he dove violently into Jose Reyes in an ostensible attempt to cover the plate, which almost, but not quite, put Jose on the bench as well.  I just don’t like him.

So up until now, I’d enjoyed watching us score off him this series.  And here he was again.

A single, a walk, a productive out, and an unproductive out later, Travis d’Arnaud came to the plate.  Kelly Johnson, I knew, somewhere in the back of my head, was on deck.

And right then, I knew it.

“d’Arnaud’s going to walk,” I said.  “And Johnson’s going to get the runs home, because Mattingly doesn’t have a lefty.”

You know the story.  d’Arnaud walked relatively easily.  Johnson came up.  In my head, I’d expected a walk to drive home the go-ahead run, for no other reason than A.J. Ramos’ evidently chronic lack of control.  And sure enough, he went ahead in the count 2-0.

Then he swung over a fastball.

“Beat him with a sinker,” said Howie Rose.

“That was probably ball three,” I thought to myself.

Then a slider for strike two.  A fastball up and away.  Full count.

Just then, I had the good fortune to come up to a red light, hemmed in on either side by construction of the Second Avenue Subway.  Surrounded by metal, the radio turned to static.

But then, as if a miracle, in what I’m sure was caused by nothing more than Howie’s voice temporarily breaking through the steel curtain, I heard Ramos deliver.  And fifteen seconds later, we had a 5-2 lead.  And a few minutes after that, Familia had sealed the win in record setting fashion. 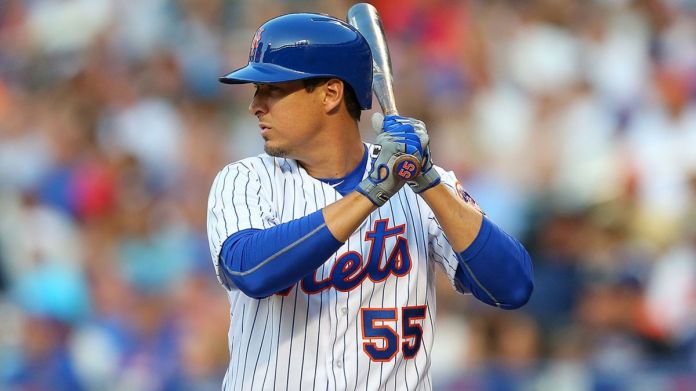 The Marlins defeated again, A.J. Ramos humiliated again, and once more, a story that didn’t go quite the way any of us expected it would.  But once again, the ending is what matters, and the ending was everything we wanted, and then some.