I was in Riverside Park, just finishing throwing a frisbee with my brother, when I learned that Choo Choo Coleman had died.  And beyond the obvious sadness of the situation, I wasn’t exactly sure what to think.

What do we think of Choo Choo Coleman, as a player?  How do we reconcile his obvious allure as a lovable loser, an witty and unpredictable barrel of laughs, with the drawbacks of a .205 hitter?  On the whole, when Choo Choo Coleman’s name comes up, how should we react?

I figured out pretty quickly where my opinion on the issue stood.  Avid readers can probably tell as well. 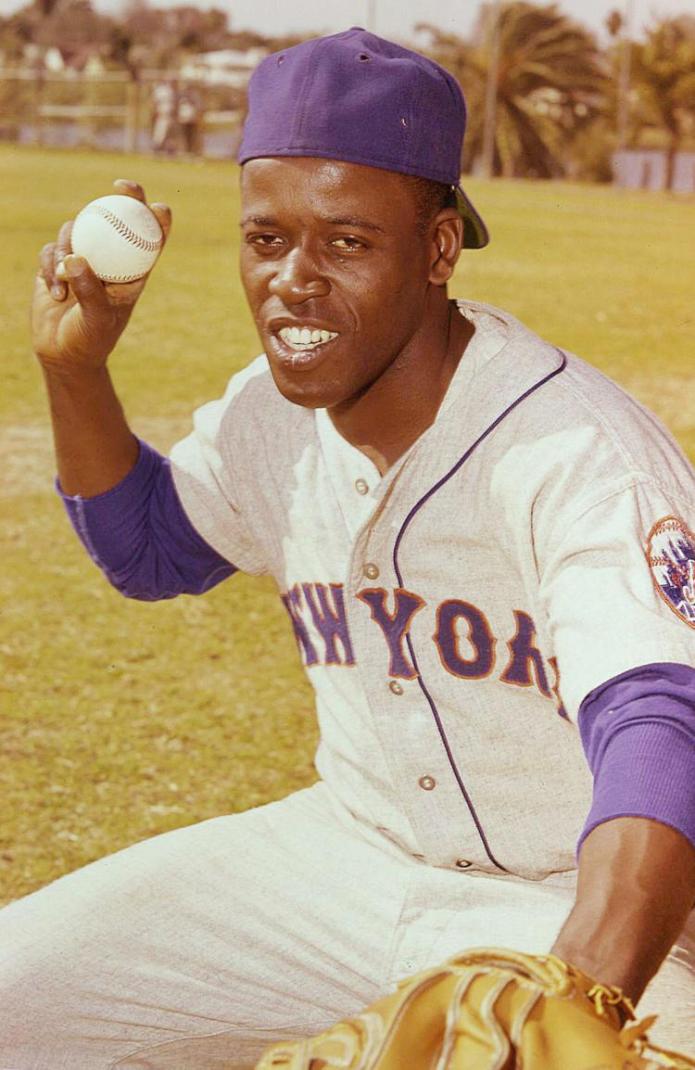 “Baseball is about all those things it’s always been about, that have turned into cliches but can still be found at any decent ballpark.  Baseball is about hot dogs in the stands, the radio on the beach, the portable TV in the attic,” I wrote in January.  “It’s about fun.  It’s about watching a team of guys who have fun while doing what they do, all while having fun yourself.  You don’t have to make the World Series every year to do that.”

And honestly, how many people have better embodied that sentiment than Choo Choo Coleman?

Well, maybe Bartolo Colón, who took the mound against the Diamondbacks hours after I learned of Choo Choo’s untimely passing in what seemed a deliberate attempt to channel his spirit.  Bartolo was having one of those games: you could tell after the first few batters that what he was throwing wasn’t fooling anybody.

“I’m not the first person to say this, but tonight is going to suck,” I tweeted in the first or second inning.

But then, fast forward to the fourth.  I was watching the game with a friend; we were talking, barely looking at the screen.  Then Bartolo came up.

Like a Choo Choo Coleman interview even after a blowout loss, you can’t not watch Bartolo Colón batting.  And we all remember what happened: this time, he had something special in store for us.

“He’s never drawn a walk in his major league career,” said Gary Cohen as Robby Ray delivered with the count full.  Up and in.

“And now he has!” cried Gary.  “Bartolo Colón can stroll to first base!”

It was only the latest in three years of bizarre moments for the portly pitcher, who has lost his helmet, his balance, his home run drought, and now, his lack of walks.

And say what you will about his performance last night.  But how can you not love that?

Much the same could be said about Choo Choo Coleman’s legendary wit, or chronic lack thereof.  The career .205 hitter, who was as offensively lacking as he was beloved, seemed little more than a collection of hilarious moments.

“Number four,” he said, when Charlie Neal asked him whether he remembered who he was.

“Because I’m fast,” he said, in explaining the origins of his nickname.  Casey Stengel agreed.

“I never saw a catcher so fast at chasing down passed balls,” he said.

And of course, there’s the story everyone tells — including Gary Cohen, quite movingly, on the broadcast last night.  Choo Choo was on Kiner’s Corner after a game, and wasn’t talking as much as he should have.  So Ralph tried to loosen him up with an easy question.

“What’s your wife’s name, and what’s she like?” he asked.

We all know the immortal reply.  “Her name’s Mrs. Coleman, and she likes me, bub.”

And when you look at it, what is Bartolo Colón drawing a walk but that statement personified?

It was fitting, I thought, that Bartolo was on the mound just as Choo Choo needed remembrance.  Who, in the 50-some-odd year history of the Mets since Choo Choo left in 1966, has done a better job of honoring him?  A catcher who can’t hit or field, a pitcher who can’t run or swing…a guy who can’t remember anyone’s name and thus calls everyone “bub,” a guy who keeps his bat with him as he runs but not always his helmet…they’re like symbolic mirror images of each other, albeit certainly not physical mirror images.

We didn’t win last night, but if nothing else, we watched another bit of history — the best, most amusing kind of history — for Big Sexy.  A 43-year old, egg-shaped pitcher working out the first walk of his career, even if it is in the course of a 10-6 loss?  If we’re talking about honoring Choo Choo Coleman, I can’t think of anything more fitting.