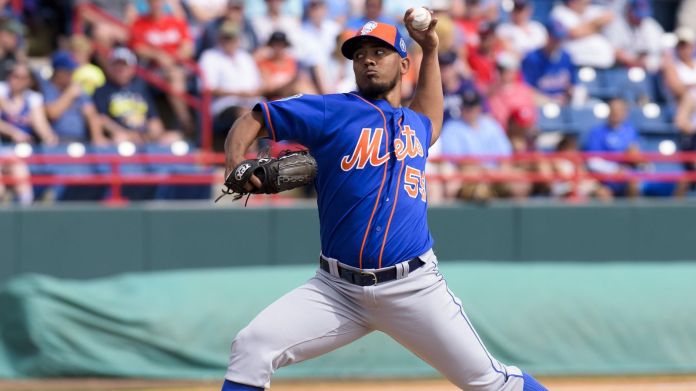 Heroes can come from anywhere, including — in fact, especially — unexpected places.

Jerry Blevins could have been the hero of today’s game, if he’d gotten Jon Jay to open the eighth.  Jon Jay has become nothing short of tiresome, a hitter we simply can’t deal with, someone who you know shouldn’t keep getting on base, but does so anyway.  Blevins didn’t get him.

Addison Reed, likewise, could have laid claim to the day if he’d been able to retire the two hitters he faced.  Will Meyers and Matt Kemp, two sluggers, two dangerous hitters standing between Reed and a successful inning.  He didn’t get either of them.  The bases were loaded.  Antonio Bastardo was coming in.

Bastardo, so far, had been okay, so-so, meh, however you want to say it.  The sight of him didn’t send me into paroxysms of anger a la Oliver Perez, nor did it fill me with confidence, like, strangely enough, Addison Reed.  To me, to this point, he was just another reliever, slightly overpaid, moderately talented, serviceable but certainly not great.

I had, however, noticed the same thing that GK&R had noticed, early in the season: Bastardo’s fastball produced swings and misses.   He doesn’t throw as hard as he used to, but hitters simply can’t seem to catch up.

Derek Norris — whose name I can’t say without involuntarily adding “the insufferable” — Melvin Upton, and Alexei Ramirez.  A tall order, not to mention the fact that the bases were loaded and any reasonably well-struck ball in play would bring home a run.

A hard-fought strikeout.  A cleverly induced pop-up.  Another gut-wrenching, multi-pitch, strikeout.  Inning over.  Three up, three down, three runners inherited, no runs allowed.

And there you are.  There’s your hero.  From bases-loaded, no outs, up only a run, came a guy who just defined his Mets career.

A lot of Mets have these kinds of moments.  The ones we all remember, the watershed points.  The moments that make players Mets.  “He’s one of us,” we’ll say after moments like these.  “He’s a Met now.”

Bastardo’s success is all the more important in that it came as part of preserving a lead for Matt Harvey, whose sudden rebound to his old self would have been the story of the game, but for Bastardo himself.  Indeed, despite Bastardo’s one inning of Houdini-esque escapism, Harvey probably deserves the lion’s share of game credit.

As he took the mound in the bottom of the first, it was, as have been Harvey’s past several starts, a casual first pitch with the potential to define our season.  In his past few starts, when Harvey had come out throwing 92 or 93, I’d shaken it off, telling myself that he could still be fine.  Today, when he came out in the bottom of the first throwing 96, a seven-start weight lifted itself off my shoulders.

Six innings, ten strikeouts, touching 97 on the gun.  One bad pitch aside, an almost perfect outing.

Matt Harvey is back.  And with it, our season is back on track.

Just look at the rotation: Matz and Thor are already working.  Harvey, after tonight’s start, is working as well.  Once we get deGrom working, now, the four aces will be right back where they were supposed to be, and we’ll be in even better shape than we already are.

Harvey’s sudden resurgence is the ultimate optimistic Mets fan victory.  Two starts ago, he looked better.  Then last start, he tailed off.  He wasn’t improving, some claimed.  He’d simply lost something.

But the optimists among us saw things differently.  He’d been sick, Terry Collins said.  He’d looked good early, but had tailed off later.  Perhaps it was nothing more than an inconvenient confluence of circumstances, the sickness coming just as the mechanics were on their way back.  One more start, we said, and he’d be right back to normal.

Especially in moments like this, I love being a Mets fan.  What other reason do you need to support a team, when our guy, our ace, the most outspoken of our four aces, takes the mound and affirms the franchise’s central pillar, that ya do, in fact, gotta believe?

And speaking of believing, today’s win, combined with the Nationals’ loss, shot us into first, half a game ahead of the Nationals, two games ahead of everyone else, even as the division has, so far, surprisingly failed to be the cesspool of horribleness that was predicted.  Right back ahead of the pack, even after our early struggles, the Nationals’ hot start, and the predictions that Dusty Baker finally had his team working just like they were supposed to, we’re back in front.  Back in the New York Groove.

We’re back in first, Steven Matz goes tomorrow, Matt Harvey is back, and Bartolo Colón hit a home run yesterday.

Yeah, it’s a good time to be a Mets fan.  When you lead your division and everything’s clicking, try as some might, it’s awfully hard to find a negative.